Scientists have begun to start figuring out what is really going on inside the cells of our bodies when we sense electrical fields. Qigong, Reiki, chi and a multitude of other healing and spiritual practices are heavily based on being able to feel the energy that is flowing through all living things. This means that you can think what you like its never going to get easier unless you want it to be easir and then the subconscious creates it easier, its just going to get better by practice with the senses. These senses are what we've been born with, so think and do as you like.

All living cells tend to have electrical fields along with a great many different animals are able to react and sense electrical fields. Even some types of human cells will move in response to an electric field during wound healing.

All of these lead up to a team of researchers to start wondering what was really going on inside of our cells that detect these energy fields. The UC Davis Institute for Regenerative Cures, Min Zhao, had been leading a team of researchers in attempting to discover the first "sensor mechanism" that resides in living cells that can detect electric fields.
We all have "Electric Senses”

Did you know that there are way more senses that reside in the human body that the traditional five?  Scientists are finally beginning to discover an entirely new set of electric senses that may lead to an explanation of why some people are able to feel the flow of energy in other living things.

"We believe there are several types of sensing mechanisms, and none of the mare known.  We now provide experimental evidence to suggest one which has not been even hypothesized before, a two-molecule sensing mechanism."

Other researchers including Zhao have been studying the different "electric senses" within animals in order to help pinpoint what causes us to react when we come into contact with any other energy field.

The scientists have been specifically focusing their research on both small and large animals.  The small animals cells were amoebas and use that exist the large animals cells they are being studied are human.  They have already found out that there are specific proteins and genes that will move in a certain directions when exposed to an electric field. 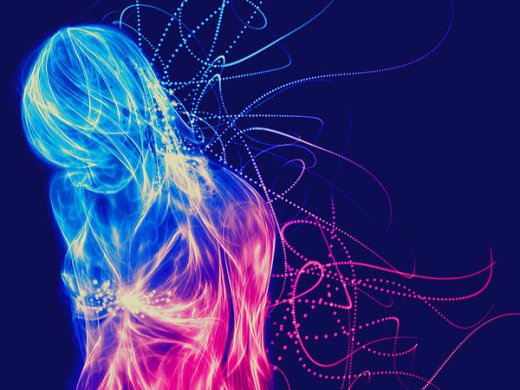 Have you ever just walked into a room and immediately felt the impression that someone in the room was angry, not necessarily angry at you, but just angry in general.  The case is also the same when people are in love.  Often it is clear as day to everyone else in the room when two people feel a strong attraction for one another.

We  are usually pickup up on higher senses that we didn’t even know we had.  Potentially in the near future, scientists will be able to find the exact electrical frequency that we emit when we are experiencing strong emotions like anger, fear or love.

If psychologists and this area of science were to team up then we would potentially be able to understand sensitives, empaths and other people who are able to strongly feel emotions and maybe even gain the ability to heal others.

2 unique elements were found in our cells that detect electrical energy.

It has been discovered that 2 elements are required in order for a living cell to be able to detect the electrical fields.  One was a specific type of molecule that was contained in the cell known as polyamines and the other was a protein that is called Kir4.2.

How Potassium and Electricity are related

Our cells and nerves communicate with one another using electrical signals.  When you want to move your arm, your brain then sends a signal down to our nerves and into the muscles that tell them to move.

On a chemical level though when the electrical signal is sent down your nerve, all that happens then is a line of sodium changes places with potassium.  One is negatively charge while the other is positively charged and that sends the signal.

When your cells come in contact from another living thing or an electrical field from an electronic source it basically opens up the channels and then sends the signals to the cells brain probably because it believes it is being sent instructions from your brain.

Meditation and Feeling living things from a distance.

Depending on how far energy fields are projected, our cells can pick them up and be able to feel them from a distance.  So this may actually help explain why you are able to feel someone who is upset from across the room.  So naturally the stronger the signal, the more likely you will be able to feel it.

This may also explain why people are able to talk about feeling the energy that resides inside trees and plants when they spend time and meditate in nature.  Perhaps meditation is just the right tool that we can use to fine tune our ability to sense what is going on within our cells and body.

Mindfulness meditation helps to teach us to become just a little more present and to tune into our own senses.  With some practice, we should be able to learn how to feel different electrical fields, interpret them and possibly even be able to manipulate the electrical fields for rebalancing and healing emotions.

Could our electronics be confusing our senses? If our cells are able to naturally open up and receive signals from electronics, then is may be reasonable to believe that they would then be able to absorb the signals from computer, cell phones, televisions, WiFi routers, etc.

With this new discovery may be able to help explain why we feel ‘drained’ after spending too much time around electronics.  It may be possible that the cells in our bodies are feeling drained due to long exposure near an electronic fields that your cells are receiving signals that aren’t designed for your body.

For instance, if you were to listen to gibberish all day and attempting to figure out what to do, it may become a bit exhausting after awhile.  That is what is happening to your cells.

As we continue to discover the wonderful secrets of how our cells react to electronics and their energy fields, we may be able to make some major changes in our lives to better protect our cells from over exposure.

Yet that may look like we will be spending more time out in nature connecting with healthy electronic fields instead of spending the majority of our time inside our homes in front of a glowing screen.